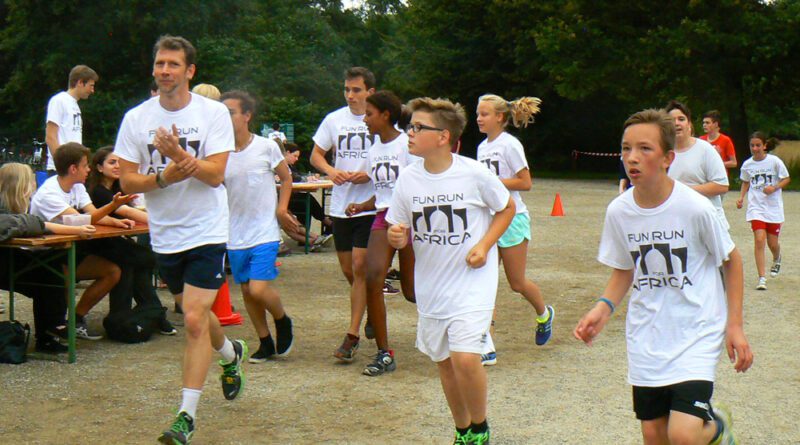 The 21st July was the perfect day for the students of the Hannover Lutherschule to come together for a sponsored run in aid of the St Augustine Education Centre in Ruiru, Kenya. By half past eight on this overcast day, the forecourt of the William-Bush Museum was already a hive of activity and excitement: The younger years had gathered in eager anticipation of the run.

The importance of the event was universally appreciated. The children of Ruiru have only one opportunity to gain an education: attending the St Augustine Education Centre. However, with the rent of the plot of land on which their school stands about to expire, this one chance is in danger of disappearing. The students’ understanding of the vaule of education highlighted for them just how worthwhile a cause this was.

The day soon got off to a rousing start, beginning with the rhythmic drumming of the Lutherschule music students. After some brief introductions from Herr Brodmann, the school’s sports teacher, and Herr Heinemann, the school’s headmaster, the first group of runners set off. Everyone took part, whether running, cheering, handing out rubber bands or warming up before the run with a game of football.

Everyone I met was determined to raise as much money as possible for this just cause, and consequently stretched themselves to their sporting limits. All were supportive of those around them, resulting in a real sense of community and commeraderie.

The students had forty-five minutes each to complete as many 500 meter laps as possible, with some running the stretch as many as fifteen times. Students were handed a rubber band every 500 meters and were sponsered per lap, so once their time was up, the number of rubber bands they had collected on their run was counted and the money they had raised calculated.

The amount raised from the run has not at the time of writing been confirmed but, having on the day seen the commitment of both the students and teachers involved in the run, I am certain that the children of Ruiru will soon have a perminent place in which to learn and flourish. 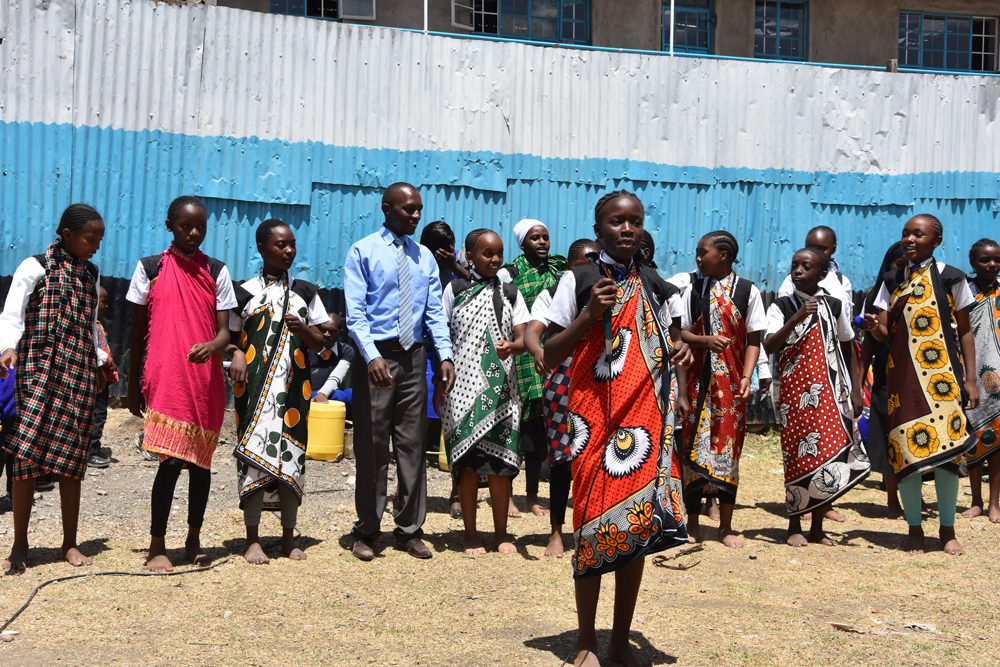 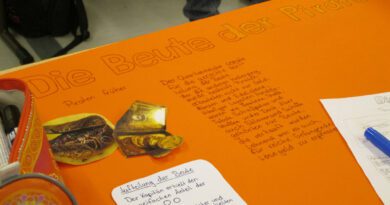 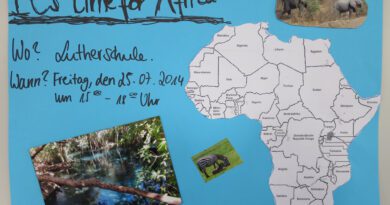