Having eagerly taken a large number of photos of the Sponsored Run the previous day, I took Tuesday morning to sort through them and find the ten pictures which best encapsulated the day. I then had the opportunity to observe a class of younger students in the first lesson of their Cameroon project, and wrote an article about my experience of the Fun Run.

On Wednesday I joined a knitting class and attempted to create my own hand-knitted bear for the “Mother Bear Project”, a charitable scheme whereby knitters make teddy bears for African children affected by HIV. An attempt was sadly all my teddy turned out to be: I only managed to knit half a leg! I was, however, lucky enough to sit between two very friendly and very helpful girls who also happened to be fantastic knitters, without whom I would have been entirely lost.

The next day I joined the percussion section of a band which was preparing for a performance on Friday. It was lovely to see yet another side to the project week and great fun to get involved as part of a larger group. I then walked over to the sports hall to watch a rehearsal of the African dance project, which was really quite impressive. I filmed the dance for the group and gave the dance teachers, who had come all the way from Ghana, some feedback. They were glad to find someone who spoke fluent English as only one of them could speak German, which made getting feedback from the rest of the audience somewhat difficult.

I really looked forward to the final exhibition of the students’ projects on Friday afternoon, and greatly enjoyed seeing the end products of all their work. Running a project week towards the end of the year where students can choose what they want to do is a brilliant idea: everyone was so enthusiastic and excited about what they were creating. It was a pleasure to watch and I am so thankful to the Lutherschule for allowing me to visit, for making me feel so welcome, and for giving me such a wonderful experience of this very special week. 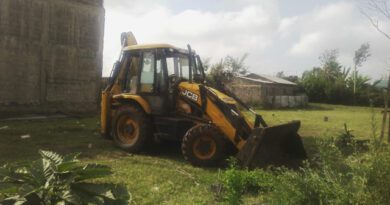 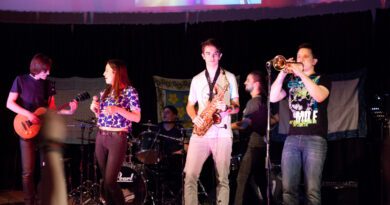 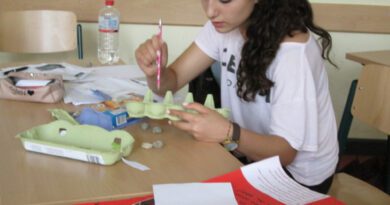